iOS14 added new features in which highlights App Clips, a complement app. Here we talk about the breaking changes found by developers during the beta of iOS 14, plus an introduction to creating an application with it.

On June 22nd, Apple released the first beta version of its new operating systems: iOS 14 and iPadOS 14. The update includes features such as App Library, Widgets, Picture in Picture, Translate App, and App Clips. This last one is one of the most important for developers. Keep reading to learn more!

Based on iOS update trends, it is estimated that more than 50% of users will update their devices during the first month, thus surpassing iOS13 with 50% of iPhones updated in a month. Currently, 81% of the devices use iOS13, 13% iOS12, and 6% an earlier version. Because of it, Apple expects iOS14 to exceed the percentages of the old version. 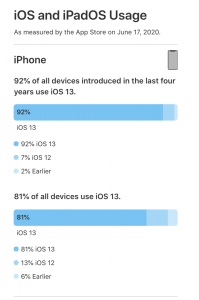 New operating system releases can be unstable. The most common breaking changes that users found while developing and testing iOS 14 are:

All breaking changes have been corrected for the final version of iOS 14, so the user experience should be good.

How to upgrade your React Native app to support iOS 14

Xcode 12 already includes iOS 14 in the list of iOS Emulators. If it is not found, the most certain thing is that you need to update the application, and if you don't have Xcode then download it to the App Store or visit the Apple App Developer page.

When you download/update Xcode 12 you will have iOS 14 available to use with your React Native app. 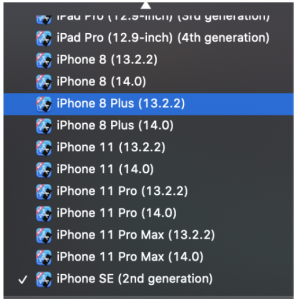 Now let’s select the iPhone 11 Pro Max (14.0) –that means iOS 14 – and click on run app. You need to wait for the app to build, and when the build finishes the app is going to open, and you can start developing.

App Clip is a small part of your app, and it is developed in the same Xcode project as your full app using the iOS SDK. And because it’s small, an App Clip is fast to open even when it’s not already on the device.

App Clips allow users to preview "small portions" of an app quickly and without downloading. This new feature is designed to help users discover more of what the App Store has to offer without cluttering up the home screen.

An example would be an App clip of a food delivery app that allows you to order a meal from only one restaurant in a hassle-free way while giving you an option to download the full app. If you decide to download the application you will have access to all the restaurants.

To create an App clip-on react-native, first, you need a project that lets to start.

When the project has been created, you go to File > New > target > App clip>/code> 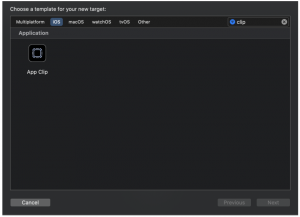 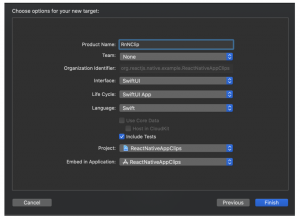 You need to wait for the build of the project.

And now you have an app clips project

iOS 14 had to go through many breaking changes to be able to include all the new features including the App clips that are the most outstanding thanks to the ability to use a part of the application without the need to download it. The launch date was September 16th, 2020... and it is now available for everyone.

Our experience towards ‘Operational Excellence’

How to add Subscriptions in React Native: Before starting