Ruby on Rails is amply documented. Many Rails testing guides are comprehensive and curated tutorials that will walk you through a splendid test suit for your Rails 4 app from 2014. Things have changed since then! So, what are the best practices for testing Rails applications in 2021? Keep reading to learn more! 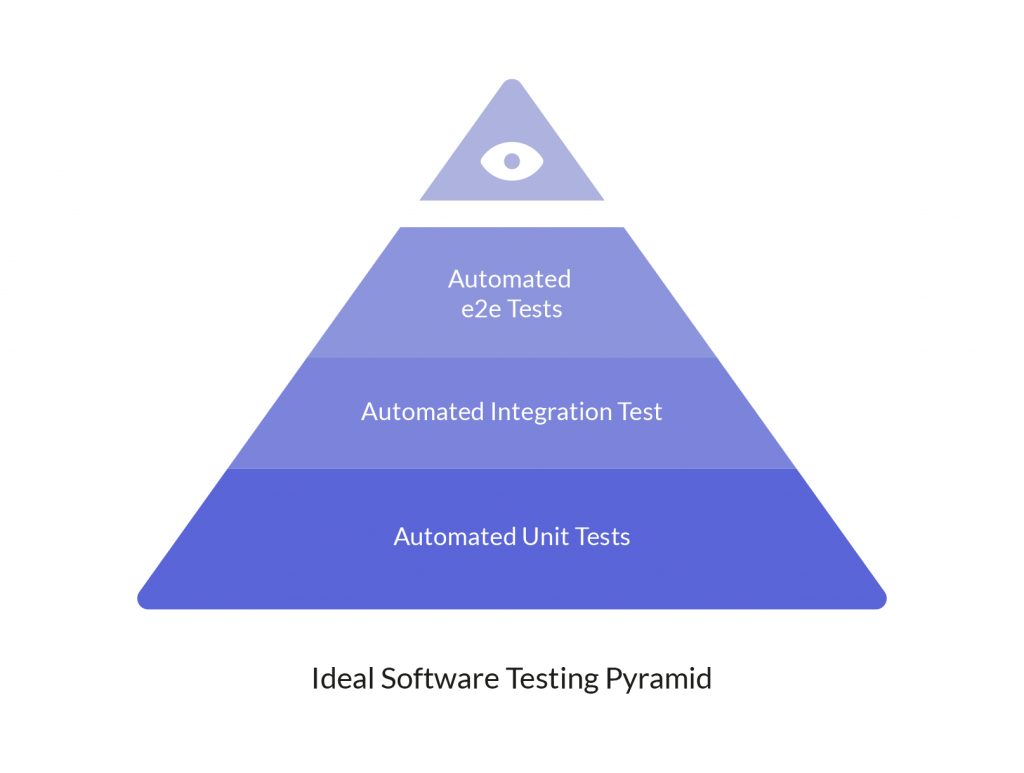 Mike Cohn came up with The Test Pyramid in his book Succeeding with Agile, and Martin Fowler polishes the concept in his article The Practical Test Pyramid. In short words, The Test Pyramid is the notion that your test suite should be constructed in different layers:

Stick to the pyramid shape to come up with a healthy, fast, and maintainable test suite: Write lots of small and fast unit tests. Write some more coarse-grained tests and very few high-level tests that test your application from end to end.

At the bottom are unit tests

In the first place, you should write unit tests for the public interface of your Models, Concerns, Services, etc.

When writing unit tests, watch out for some common mistakes:

Test for observable behavior instead.

"If I enter values x and y, will the result be z?"

Here, test your controller actions and validations, and make sure they operate correctly on the database. The Rails 6 guides tells us:

"You should test for things such as:

In Rails 5, ActionController::TestCase was soft deprecated in favor of ActionDispatch::IntegrationTest. This means that Rails's controller tests are no longer supported. For compatibility, RSpec-Rails 4.0 still implements controller tests via the rails-controller-testing gem. For new Rails 6 applications, you should favor Integration Tests (Request Specs in RSpec).

The top of the pyramid: System Testing

System tests interact with your application via a browser, simulating what a user would do (clicking links and buttons, filling forms, etc.).

In a System Test, your aim should be to imitate a user flow. For example, on an e-commerce site, The User:

Also, an e-commerce site would probably create and test a similar flow for a user admin verifying stock, adding or removing variants, etc.

Creating a pyramidal test suite is a great practice, however, what else should you keep in mind?

Testing in phases will make your test maintainable and readable as all of them will have the same flow:

In Rails you can remember these phases with the mnemonic "Arrange, Act, Assert. (The last phase is mostly handled automatically by Rails and RSpec: rolling back changes to the DB, resetting the test doubles, etc. )

Sticking to these phases will help you keep your suite readable and expressive.

Feel free to use mocks and stubs generously in Unit testing. As you work your way to the top of the pyramid try to involve the real collaborators for your SUT.

The key is to remain flexible in the use of mocks. As Martin Fowler mentioned in his article The Practical Test Pyramid:

"If it becomes awkward to use real collaborators I will use mocks and stubs generously. If I feel like involving the real collaborator gives me more confidence in a test, I'll only stub the outermost parts of my service."

Use verifying doubles in RSpec Mocks

Test Double is the generic term for any kind of pretend object used in place of a real object for testing purposes. The name comes from the notion of a stunt double.

Finally, here is a handy cheatsheet for Rails and RSpec tests:

Adding Docker to your Rails workflow